Every year, starting about this time, I get a number of questions on Ask Winke about the lethality of certain hits. Usually, I can add at least some input even though I wasn’t there and didn’t see the blood or the arrow or the body language of the deer. Of course, take any of that advice with a grain of salt, for those very reasons.

One of the hits that comes up over and over is the high hit in the dreaded “No Man’s Land.” First off, people want to know if this area of deer anatomy even exists, and most importantly, if they hit it, will the deer die. 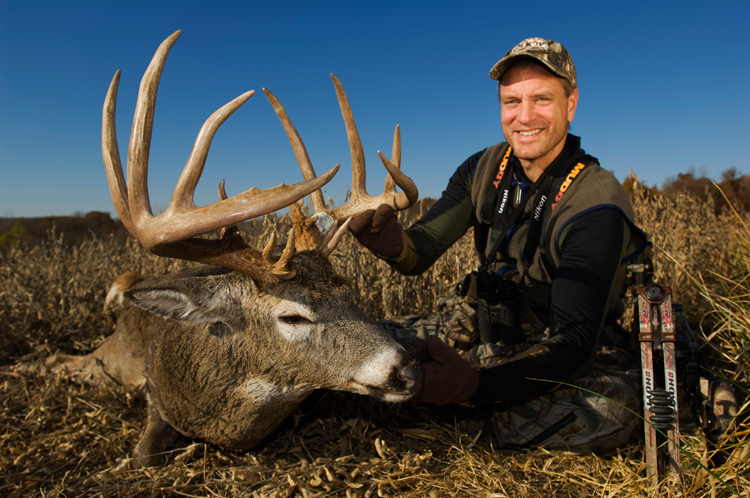 I am a firm believer that there is a No Man’s Land on a whitetail deer. Or as some say, “Hit ‘em high, wave goodbye.” That is only too true.

I used to always think that this no-die-zone was above the lungs. But after field dressing enough deer, some of which had their lungs oddly stuck to the inside of their chest so they couldn’t droop, I no longer believe this.

I think No Man’s Land is actually a high lung hit that doesn’t collapse the lungs and doesn’t result in enough blood loss to kill the deer. In some cases, it doesn’t even slow them down.

I have seen bucks hit here go right back to chasing does. I have even killed bucks that I had hit high the previous year.

A couple of years ago, a local outfitter sent me a trail cam photo of a buck that one of his clients hit high. It was clear in the photo where the arrow entered. It was 75% of the way up the body cavity, but angling down – high for sure, but not super high.

The buck not only survived the hit, but he never seemed to pay it any attention at all, not even leaving his normal core area or abandoning his regular patterns. I would have sworn that hit would have killed the deer.

So, my point is this, the high hit generally not fatal. You obviously have to follow it up as if you are certain the deer will die, but in reality when you hit the deer just under the spine, it is not probably not going to die. 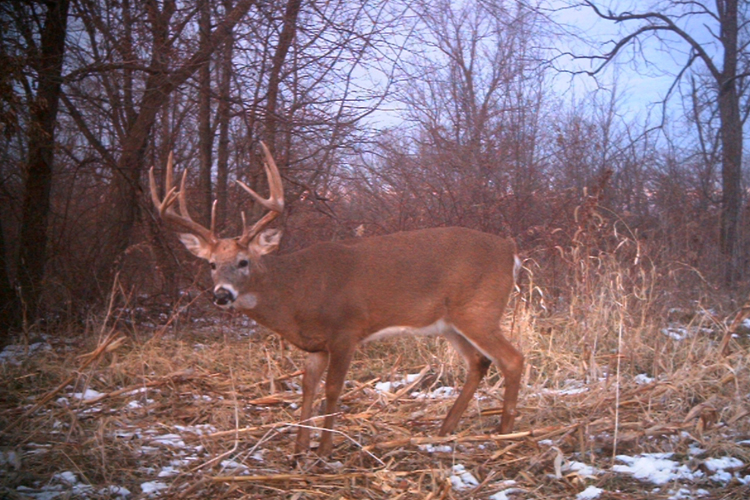 Most high hits are caused by string jumping – the deer drops at the sound of the shot to load its legs to bound off. The arrow hits well above the aiming point.

Sometimes this happens so fast you don’t even see the deer drop, but since I started to film our hunts, this is much easier to see. It happens a lot.

To eliminate the high hit caused by string jumping, you need to aim as much as 6 inches low on a 30-yard shot (the brisket line) when the deer is alert. On 40-yard shots, you almost need to aim under the brisket by a few inches on alert deer. On relaxed deer, I still aim for the heart on both 30 and 40 yard shots.

Here in the Midwest, string jumping isn’t generally an issue inside of 25 yards, but I have seen deer in the south evaporate (leave the sight picture) in the time it takes the arrow to travel just 25 yards.

So to be really good at making these shots, you need to know how quickly your deer react and hold low accordingly. Better to err on the side of caution and aim too low than to deal with a high hit. 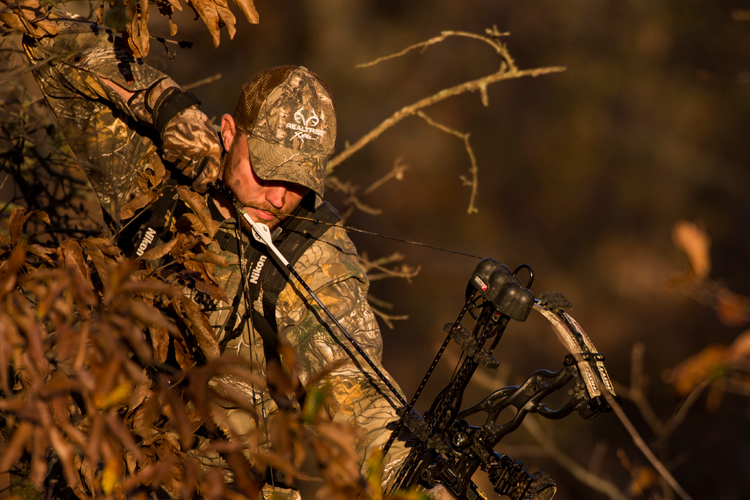 One of my favorite bow writers was a man named Jim Doughtery. Jim used to advise people to bring the bow up from under the deer when aiming in order to make the most of the tendency some people have to rush the shot and trigger it off as soon as they see brown beyond their pin.

When you bring your bow up to the aim point from below, you are much less likely to shoot high than if you bring the bow down from above to reach the aim point.

Beating the high hit will be one of my number one priorities this fall. I have fought it for years and I hate it. I hope I never hit another deer high and I hope you don’t either.