Home|Community|Blog|Best Setting for a Single-Pin Sight 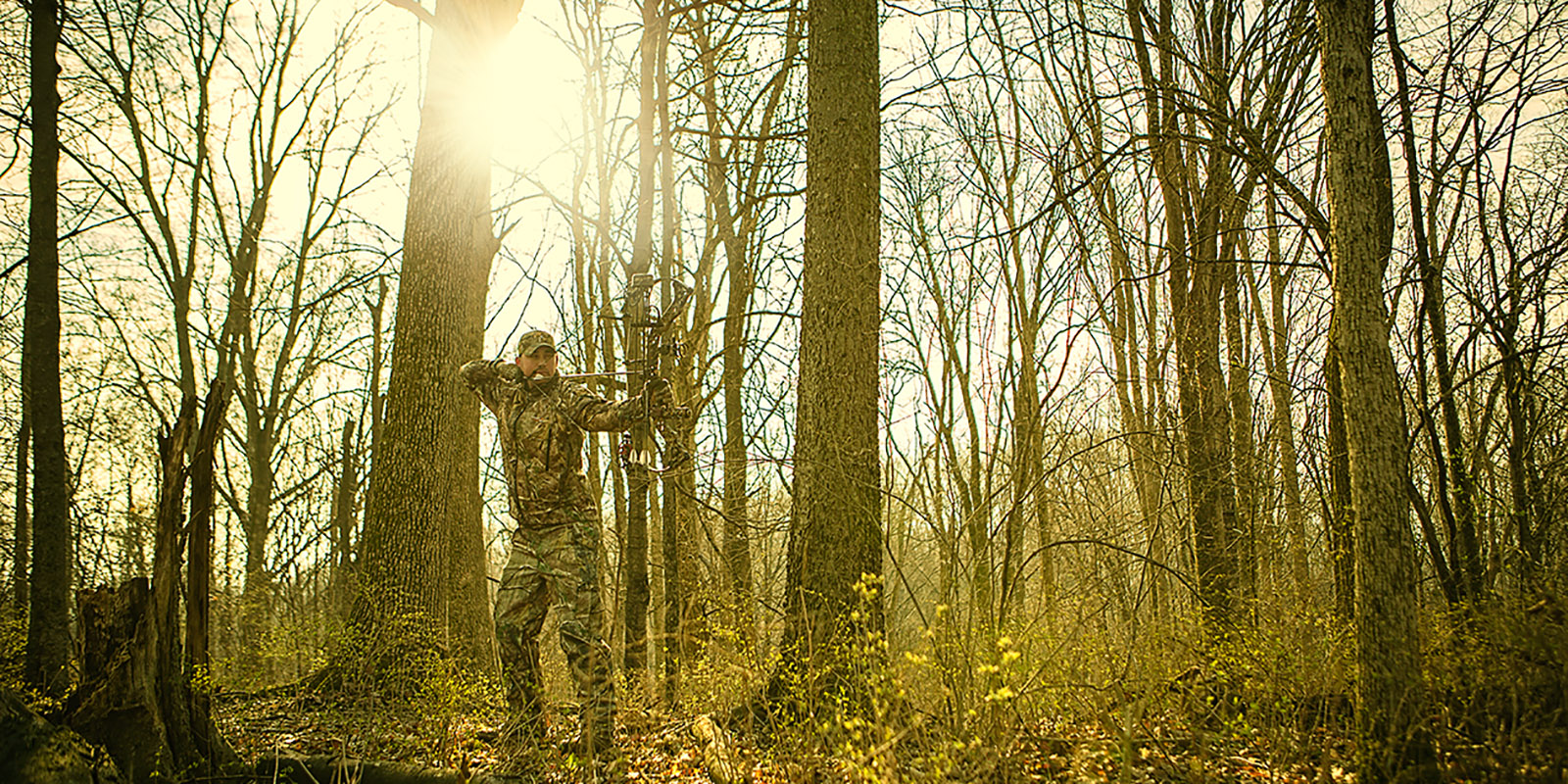 Best Setting for a Single-Pin Sight

Setting Up a Single-Pin Sight

In the early 90’s, one of the magazine editors I wrote for came out from the big city to hunt whitetails in the boonies with me. He was an experienced western hunter, but he and I definitely had different ideas on gearing up for whitetails! When he pulled his bow out of the case, I nearly rolled into a ditch laughing. Nine pins!

Now, mind you, I love the guy — he is still a dear friend — but what the heck did he think we were going to be hunting? In his defense, it was simply his hunting bow, it was not a dedicated whitetail rig.

I have no idea the distances for which those pins were set, nor do I know what types of shots Greg was normally taking. All I know is that the buck he arrowed after a couple of cold November days was exactly four yards from his tree. I suspect all nine of those pins fit on the buck’s vitals when he squeezed the trigger.

How Many Pins You Need

If you are gearing up for whitetails, having too many pins is generally a bigger mistake than having too few, because there is risk of confusion with each added pin. It can be dumbfounding when you have to choose quickly between several pins. I’ve had it happen to me a couple of times.

Squirt a syringe of adrenaline into the bloodstream and the task of quickly picking the right glowing dot from a wall of glowing dots seems more difficult than saying the alphabet backwards. In the game of bowhunting, success often goes to the hunter who keeps things simple.

One of the best ways to idiot-proof your bow is to eliminate as many pins as possible, maybe even going so far as to use a single-pin sight. I’ve studied this subject and can recommend two setups that will work for nearly every whitetail hunter.

When you hear people say that whitetail hunting is a 20-yard game, they are only partially right. More correctly, it is a four-to-40-yard game, but 75% of the shots fell between 15 and 25 yards.

Now the goal is to devise a hunting setup that results in idiot-proof performance between 15 and 25 yards, with a lesser emphasis on shots under 15 and over 30. Here is what I came up with.

If you don’t plan to shoot past 30 yards, then a single-pin sight is all you need.  Because the average shot from my study was 19 yards, it would be easy to assume 20 yards is the best sight-in distance for a single pin. Not so fast.

If you spend much time hunting deer, shots pushing 30 yards will be common. For the record, my own average shot distance at whitetail bucks has been closer to 30 yards. In setting up a single-pin sight, don’t forget about these very realistic 30 yard shots because they will come to represent a substantial percentage of your trophy room.

With that in mind, I studied trajectory tables for arrow flight from a tree stand and came up with the best sight-in range that offers the greatest margin for error in range estimation.

I will assume an arrow speed of 280 fps, a kill zone that’s 8 inches in diameter, and a tree stand height of 20 feet. If you sight-in for 20 yards, you’ll hit within the kill zone for all actual distances from zero to 28 yards by simply aiming for the center of the kill zone (assuming the deer doesn’t move).

If you set your pin for 25 yards and aim dead-on, you’ll hit the kill zone for all actual distances from 14 to 34 yards. If you shoot a faster arrow, the numbers get even better.

On the surface, it may seem that the 20-yard setting is ideal because it offers a wider window, but you’re likely to change your mind when you start considering the nature of range estimation errors. It is much easier to tell when a shot is closer than 15 yards and then compensate by aiming a little low than it is to recognize when a shot is beyond 28 yards and then figuring out how high you have to hold.

Those extra six yards on the far end of the window are more important than losing 15 off the close end.

If you expect to take shots beyond 35 yards, you need to add a second pin – simple as that. It’s tough to consistently hold a short-range pin high. When things happen quickly it is much easier to simply hold a second pin dead-on and squeeze off the shot.

Using the trajectory tables again, I found that the best sight-in distances for the 40-yard bowhunter are 25 and 35 yards. The 25-yard pin will produce a kill for all actual distances from 14 to 34 yards while the 35-yard pin will produce a clean kill for all actual shots from 30 to 42 yards. Again, this was assuming 280 fps. With a faster arrow, the numbers get even better.

It pays to have a sighting system that produces the greatest possible margin for error and requires the least from a mental capacity that’s already over-burdened with buck fever. Keep things simple and you’ll enjoy greater success.

Get the most out of your shot with Wasp broadheads

There’s one thing that’s always true about those “big one that got away” stories: the hunter wasn’t shooting Wasp. There’s a reason our broadheads have been trusted by hunters and feared by animals for over 45 years. We give you unsurpassed accuracy, strength, and penetration so you can experience the best blood trails of your life. Stop blaming your broadhead and start shooting Wasp. Shop our products today.