Home|Community|Blog|Bowhunting Coyotes? Here’s What You Need to Know 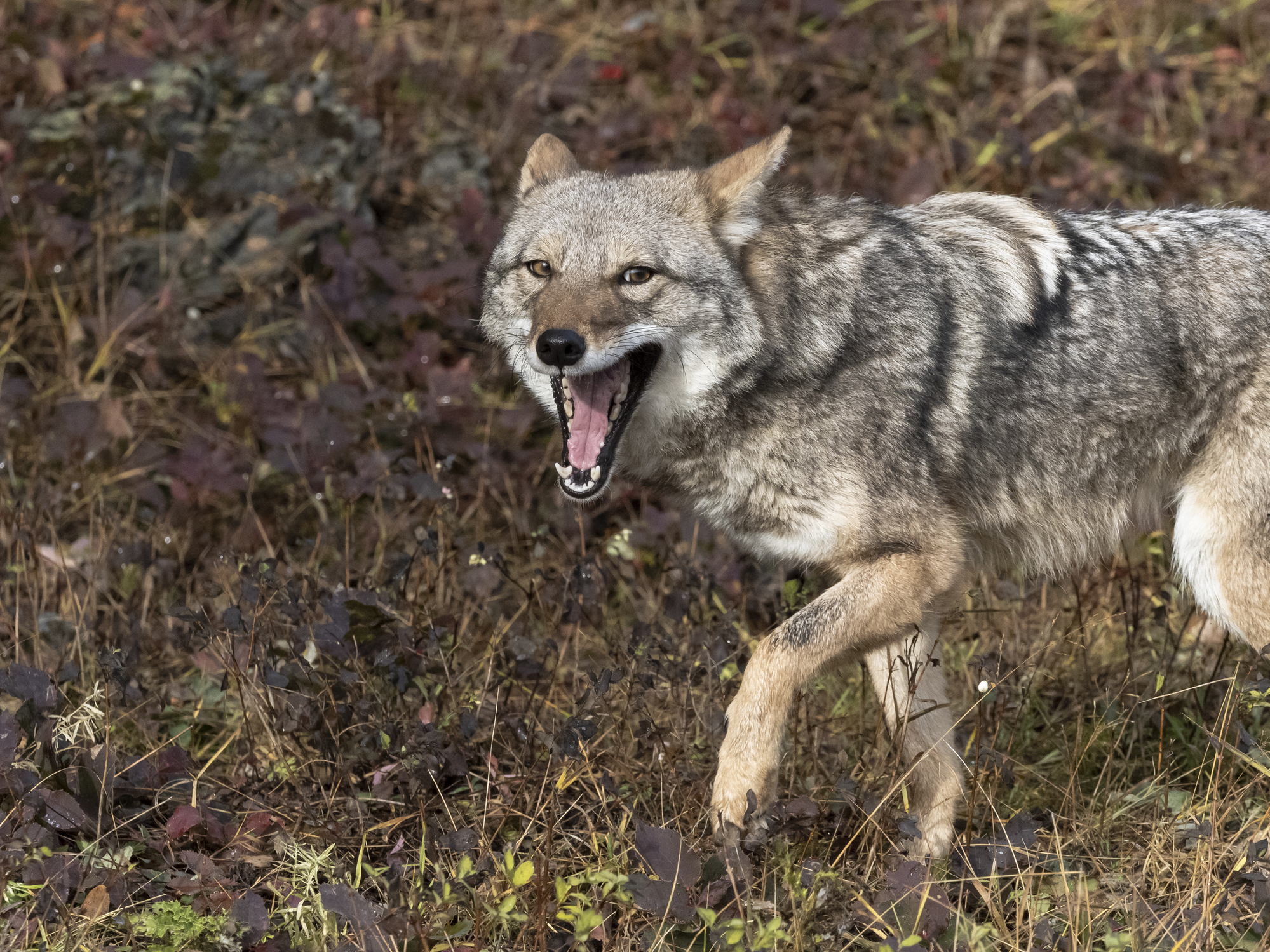 Bowhunting Coyotes? Here’s What You Need to Know

The coyote was once the target of the most wide-ranging and unsuccessful eradication effort in the history of U.S. wildlife management.

Between 1947 and 1956, an estimated 6.5 million coyotes were shot, trapped, or poisoned. Some modern biologists maintain that these efforts only caused remaining individuals to regroup in distant territories, resulting in coyotes becoming more numerous and widespread than ever before.

Knowing this, it’s easy to see how this clever and adaptive species earned the role of “Trickster” in many Native legends.

So, if you’re considering bowhunting the wily coyote, you’ll definitely have your work cut out for you. But fear not! In this article, we’ll present some coyote bowhunting tips to help you take down this elusive North American predator.

WHERE TO BOWHUNT COYOTES

The vast range of the coyote population provides a lot of great hunting opportunities. The farmland transition zone appeals to the species due to the ready access to both wild and domestic prey, and most ranchers will welcome any help you can provide in deterring predation on their vulnerable livestock.

Because coyotes have become accustomed to humans, suburbia offers the bowhunter a lot of opportunities that are otherwise closed to rifle hunters. And the species still remains prevalent in vast tracts of open country, where their distinctive yips and howls make them an enduring symbol of the American West.

WHEN CAN YOU HUNT COYOTES?

In most states, you can hunt coyotes year-round with no bag limit. However, there are a few states that still have coyote hunting regulations in place, so be sure to check the laws in your state before heading out.

A lot of bowhunters prefer going after coyotes in the winter because it’s a great way to hone your skills in the off-season. And since coyotes are generally more active and easier to spot in the winter months, you’re likely to have the most success during this time of year.

The first step in bowhunting coyotes is tracking them down, and the best way to do that is by scouting beforehand. You need to find where they’re bedding and traveling if you want to stand any chance of success, so look for areas where coyotes are known to frequent, such as deer herds, livestock pastures, or open fields. You can also look for tracks, scat, and hair on fence posts or bushes to get an idea of where they’re traveling.

If you find an area with fresh signs of coyote activity, set up a game camera to get a better idea of what kind of traffic is coming through. And if you find that there are coyotes in the area, start planning your hunt!

One of the most effective ways to lure in a coyote is by using calls. There are many different types of calls available on the market, but the most popular ones are mouth calls and electronic calls.

Mouth calls are the cheaper option, but they require some practice to use effectively. Electronic calls, on the other hand, are more expensive but much simpler to use—you just need to press a button to make the call. With that said, some states restrict the seasons and time of day electronic calls can be used, so be sure to check the laws in your area before heading out.

When choosing a call, it’s important to pick one that’s realistic and sounds like an injured or dying animal. This will help attract coyotes from far away and increase your chances of getting a clean shot.

SHOULD YOU USE A DECOY WHEN BOWHUNTING COYOTES?

Decoys can be a great way to lure in coyotes, but they’re not always necessary. If you’re using an electronic call, it’s often enough to just set up the speaker and let the call do its job. However, if you’re using a mouth call or you’re hunting in an area with a lot of cover, setting out a decoy can help bring coyotes into the open where you can get a better shot.

Decoys come in all shapes and sizes, but most bowhunters will opt for a prey decoy, such as an injured rabbit, to intrigue and lure in the hungry predator. Others prefer a lifelike coyote decoy, which can trigger the canine’s territorial and/or mating instincts. 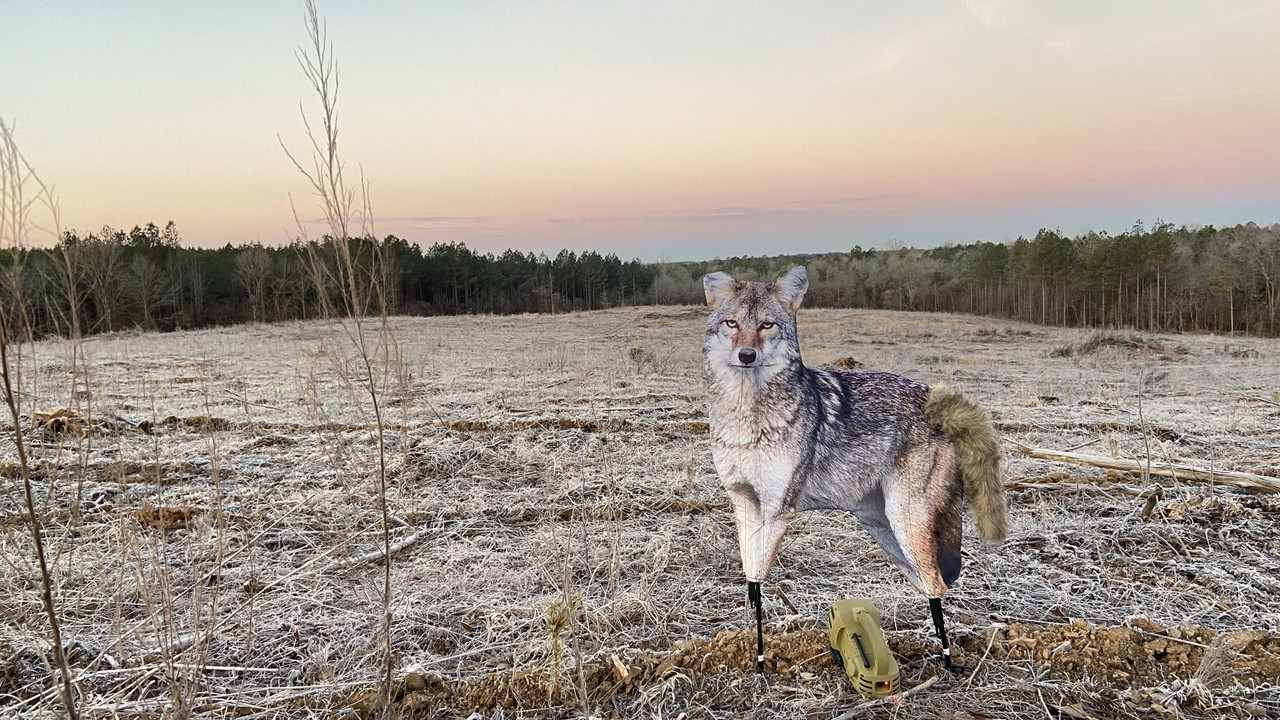 Regardless of your choice, these decoys are designed to look and even move like the real thing, which—when combined with a call—makes them incredibly effective at attracting coyotes.

WHERE TO SHOOT A COYOTE WITH A BOW

When bowhunting coyotes, you need to remember that they’re smaller than whitetails, so you can’t just aim for the same spot. If you want to take down a coyote, you need to make a clean kill—and that means choosing the right spot to hit.

The best place to shoot a coyote is in the chest, just behind the front legs. This will allow your arrow to penetrate the lungs and heart, resulting in a quick and humane kill.

You can also shoot for the neck or head, but be aware that these are smaller targets, so you’ll need to be an expert marksman to make a successful shot. 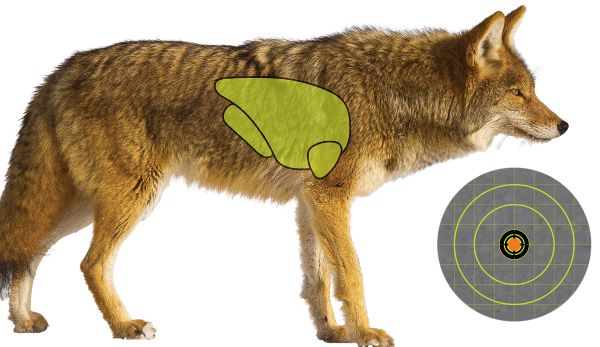 TIPS FOR BOWHUNTING COYOTES AT NIGHT

Night hunting is becoming increasingly popular among bowhunters, and for good reason—it’s an incredibly effective way to take down nocturnal predators.

Coyotes are naturally diurnal creatures, meaning they prefer to be active during the day. While this is still the case in more rural areas, many coyotes have adapted to a more nocturnal rhythm to avoid contact with humans. So, if you plan to hunt closer to the city, heading out at night may be your best bet for success.

If you’re planning on bowhunting coyotes at night, here are a few things to keep in mind:

WHAT’S THE BEST BROADHEAD FOR COYOTES?

There are many different types of broadheads on the market, but not all of them are well-suited for hunting coyotes. For best results, you should use a fixed-blade broadhead with a large cutting diameter—at least 1.25 inches. This will ensure the broadhead is sharp enough to penetrate the hide of a coyote and make a clean kill.

For these reasons, we recommend the Wasp HAVALON HV. This fixed blade broadhead features an aerodynamic, aerospace-grade aluminum ferrule that provides field-point accuracy and easy tuning for maximum coyote carnage. 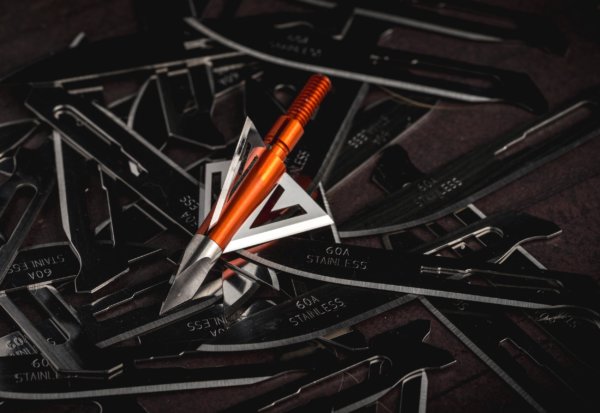 Bowhunting coyotes can be a challenging and rewarding experience, but it’s important to be properly prepared before heading out into the field. By following the tips and strategies in this article, you’ll be well on your way to becoming a successful coyote bowhunter.