Home|Community|Blog|How to harvest a booner 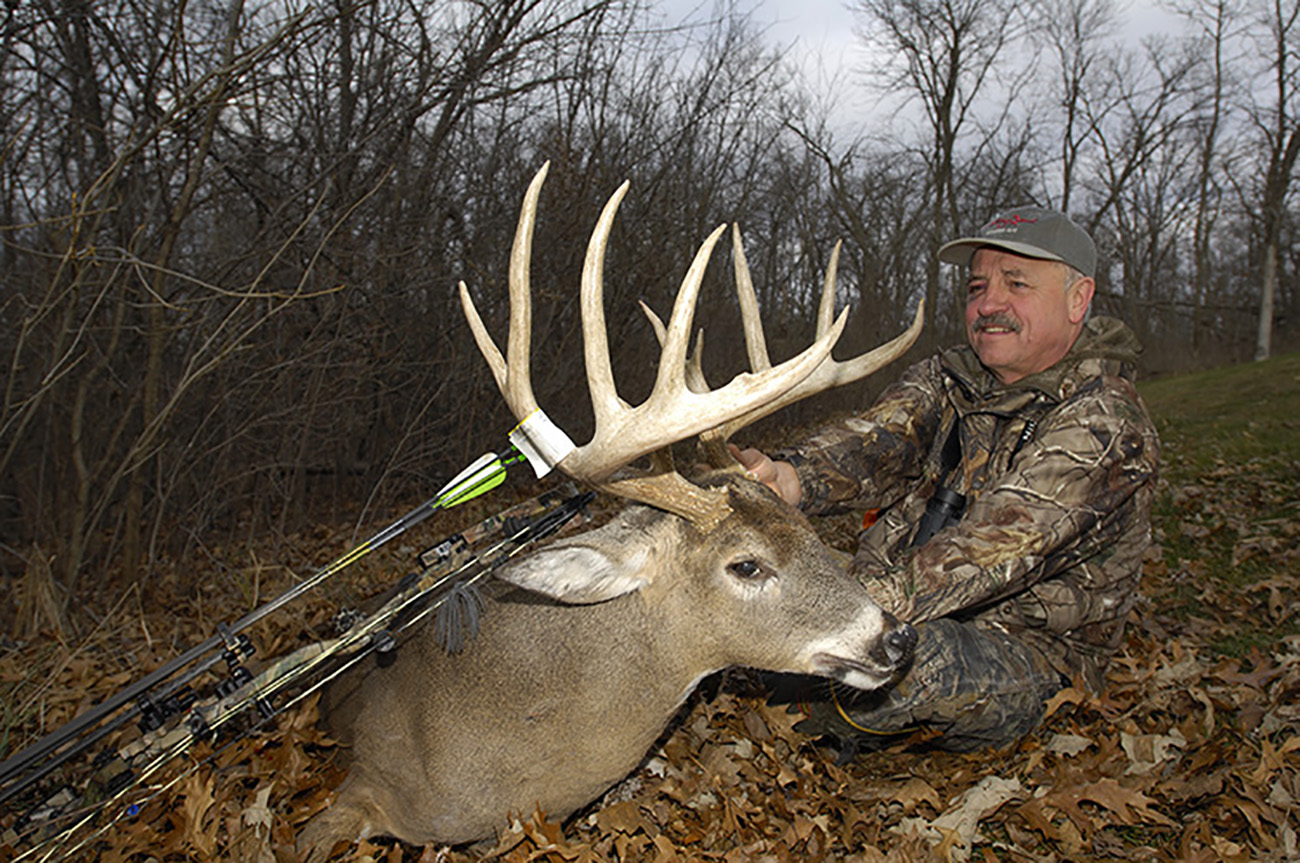 How to harvest a booner

Recently, Realtree.com put together an article where they asked several deer hunters to offer advice on the Secrets to Harvesting a Record Class Whitetail. I was one on the contributors. They used only a portion of my response so I have decided to post my entire submission here along with the above link that you can follow to see what other hunters said.

How to harvest a booner

Deer with big antlers are no harder to bag than other bucks the same age. They are just very rare because the genetics have to come correctly to produce such a deer in the first place, and then he has to get to prime age of at least 4 years old, probably five or six years old. The biggest bucks I have taken were all between five and seven years old.

By the numbers: If a buck having the potential to become a gross Booner is one in ten in good areas and one of those ten bucks reaches age five (again in good areas) that means that best case scenario: gross booners are actually one in every 100 bucks in good areas. In areas with poorer genetics, poorer nutrition and higher hunting pressure, that number could easily become one in 500 or one even on in 1,000.

So, the real key to tagging a buck that grosses over 170 is having one to hunt in the first place. If this is your goal and you aren’t hunting where at least a few of them live, you really need to travel to find better spots.

Tip #1: Hunt where they are

You have to Hunt Where They Are. This is not a generic statement, it actually takes a lot of effort to be sure you are actually hunting where these deer live. It is not so simple as saying, “I will hunt Kansas this season.” You could have 2,000 acres to hunt in Kansas and still not be hunting an honest to goodness gross B & C buck. Trying to shoot a net booner is even harder yet.

Since just hunting a great state is not enough, you need some kind of inside information (trail camera photos) that would confirm that the property you are hunting actually has at least one buck this big. How you go about arranging that is an entirely separate article.

I know guys who hunt with outfitters but require proof of the size of the deer. I know guys who lease multiple farms with the hope that at least one of them has a giant buck on it each year. I also know guys that have standing deals with local hunters in various parts of the country to pay them a fee if they find a booner for the hunter to pursue.

However, there are parts of the country where these bucks are 1 in 100, and if you live in one of these areas (like I do) there is a decent chance you will have a gross booner to hunt every few years, or possibly you can enlarge your net and knock on a few doors, etc. to increase the odds of having a buck like this to hunt every season.

Tip #2: Hunt him specifically, but carefully

It makes no sense to hunt another buck or another area once you know where the target buck is living. You are either hunting him or you are not hunting at all – unless you are shooting does or have more than one buck tag. You have to focus in on that one deer and hunt him exclusively as often as the situation will allow. Every minute you spend carefully hunting in a big buck’s range brings you one minute closer to tagging him (or at least encountering him).

You have to put the time in for the odds to swing your way. But you can’t hunt him so hard that you spook him or educate him. That is the art of hunting any mature buck, not just those with big antlers. If you show me a guy that shoots mature bucks consistently, I will show you a guy that can shoot a booner if that deer is in the area.

You have to be very careful about all aspects of the hunt: entry and exit routes, stand placement relative to travel routes and wind and simple stuff like paying attention and staying hidden in the stand.

You have to monitor the buck as well as possible with trail cam photos so you start to learn not only his core, but also various parts of his range. He may be more vulnerable in one area due to terrain or cover than another. If you know that he sometimes goes that way, it makes sense to hunt him there.

Learning as much as you can about the buck using trail cameras is the real key to making good decisions about when and where to push. You camera photos can even tell you things like his most likely bedding areas (the direction he approaches your cameras from in the evening will tell you this) and when he starts to show daylight activity making him a viable target.

Like I said, knowing where he is living is just the first part of the process. Hunting him exclusively, but carefully is the true art of deer hunting. Every buck is different so every situation is different. It is what makes this so fascinating. No two are the same. Every buck represents a new puzzle that you get to solve and that puzzle may take multiple seasons before you learn enough to put the pieces together. That is why it is so rewarding when you finally do.