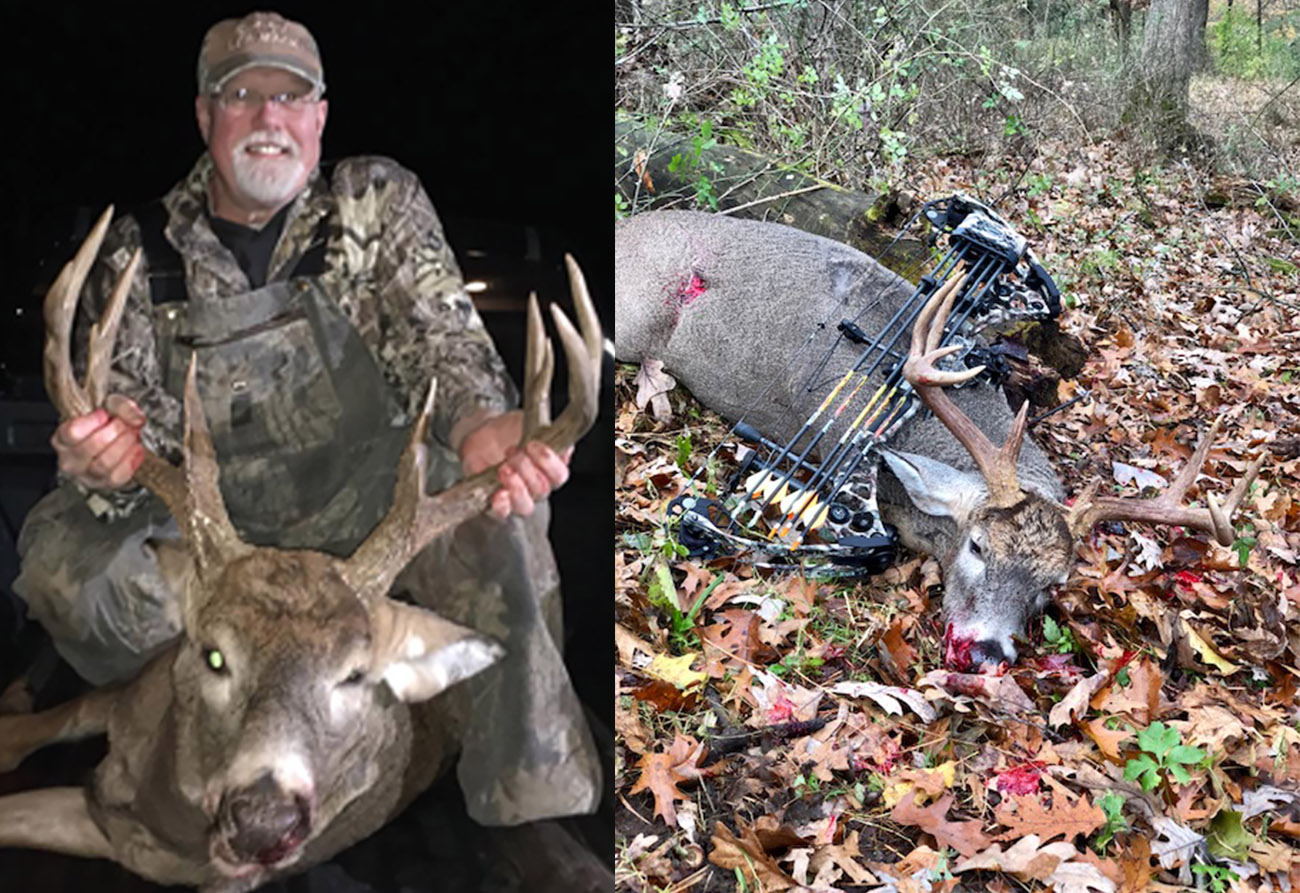 A pair of epic Drone kills

Brian Johnsrud took down this buck on Halloween of 2017. The buck was tending a doe that brought him within sight four times before finally bringing him close enough for a shot. The pair approached Brian’s stand from behind with the buck stopping about 25 yards out and standing behind an apple tree. After having the buck in sight only to chase off the doe three times, Brian knew he had to take his window while it was there.

As he sat looking over his left shoulder, he could see a small window in a group of tree branches about the size of a basketball exposing the buck’s chest. Brian remembered all the months he’d spent practicing 3D shoots and thought about how accurate the Drone is as he drew back and leaned around the tree for his shot. The sound of solid impact and the mule kick was all he needed to know the biggest buck he’d ever had within range was his.

The buck trotted behind his stand leaving a blood trail that wasn’t even needed, making it about 50 yards before stopping and dropping in clear view. The Drone had flown true and provided a double-lung passthrough and was now stuck in the ground.

came in October of 2018. The buck was again tending a doe and came right under Brian’s stand. As soon as Brian saw him, he realized that this was a mature shooter buck and stood up to take aim.

The pair continued to travel straight away from Brian along a fence line before the doe turned and ran up a deer trailed Brian had ranged at 32 yards when placing his stand. He drew back and took aim, knowing the buck needed to turn slightly to provide the angle needed. The buck stopped at the trail where the doe had run, stopped for what seemed like an eternity, and eventually turned just slightly to look down the trail.

Brian watched as his arrow flew true to the point of impact right behind the last rib, disappearing as the buck lunge kicked and trotted about 20 yards. The buck stopped and went down in less than 15 seconds. The Drone served as a lethal weapon, penetrating the long way through the buck’s chest. It was now protruding on the far side between his shoulder and neck. Brian pledges to continue shooting Drones for as long as he is able to draw his bow.