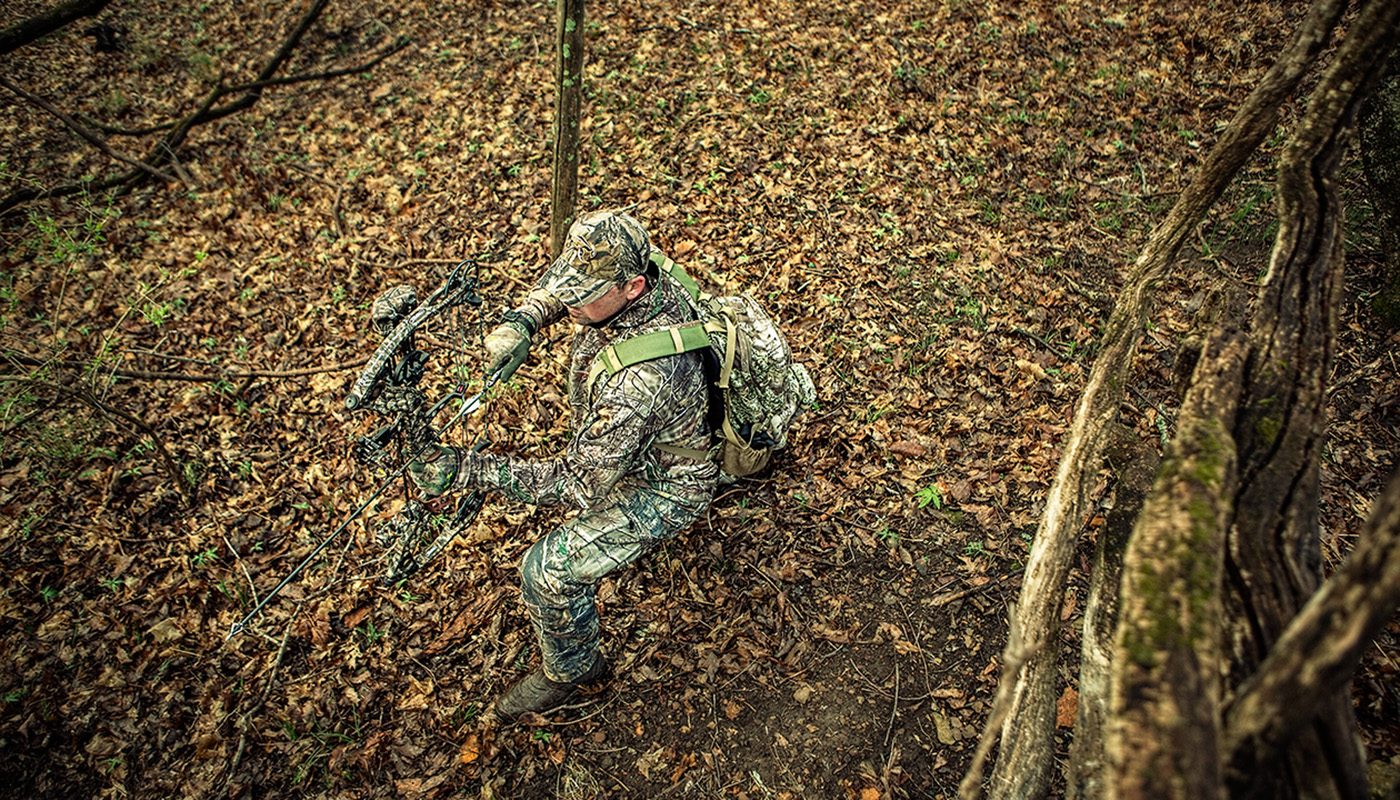 The truth about string jumping

If I had to guess, I would say that at least 75% of all missed shots are high. I think the main reason for this is string jumping. Deer drop to load their legs in an effort to bound off when they hear the shot. They do this a lot more often and a lot faster than people think. Before we started filming hunts, I never would have believed it.

On many of these bucks that have gotten away over the past few years (or hit high in the spine and dropped), I would have written the miss off to poor shooting, but we can slow the footage way down. I know now that the deer that I hunt can drop as much as a foot by the time my arrow gets to them at just 30 yards and that with an arrow flying 300 fps.

I have dealt with string jumping several times with very disappointing results. I have written about it and preached about it in the episodes, but when it comes right down to it, I have a hard time remembering to hold low and making myself hold the pin on a spot I don’t want to hit. Instinctively, I plant the pin where I want the arrow to go.

It is obvious now, after several encounters, that I don’t think clearly during the moment of truth. I just react instinctively with the same methods that have worked for me in the past and the same methods that I use on the range. I aim dead on. So, I either need to remember to aim for the heart or brisket line on shots over 30 yards, or I need to take distance off the range estimate when aiming.

You have to build your chosen strategy into your pre-shot routine so it is instinctive and automatic by hunting season. To do that, you have to include that decision in every shot you take this summer. When drawing your bow on the range, ask yourself, “Will this one drop?” Then take a moment to consider and intentionally aim low on some of the targets.

If you don’t include this decision point in your pre-shot routine when practicing, you will blow right past it when there is a buck standing in front of you .

The advantages of a fast arrow

I wrote an article for this site several years ago where I dug into the numbers to show that shooting a faster (lighter) arrow is one way to reduce the affects of string jumping. You can read the entire piece here, but I will also summarize my main conclusions regarding string jumping.

Conclusion 1: It is hard to make a bow quiet enough that an alert deer can’t hear it fire at 30 yards.

Conclusion 2: The sooner the arrow gets to the deer, the less it can drop.

Conclusion 3: If my assumptions about reaction time are even reasonably close, deer barely have time to twitch before the arrow arrives at distances inside 15 to 20 yards. For this reason, arrow speed means almost nothing at these close distances.

Conclusion 4: Past 25 yards, arrow speed becomes increasingly important in determining how far a deer can drop before the arrow arrives.

Conclusion 5: The best setup is one that is both fast and quiet, but based on my experiences, if I had to pick between them, I would take the fast arrow.

Conclusion 6: Deer seem to drop worst at distances from 30 to 40 yards. Under 30, they don’t have a lot of time to drop. At distances much past 40, they don’t seem to register the danger of the noise as critically and aren’t as likely to react.