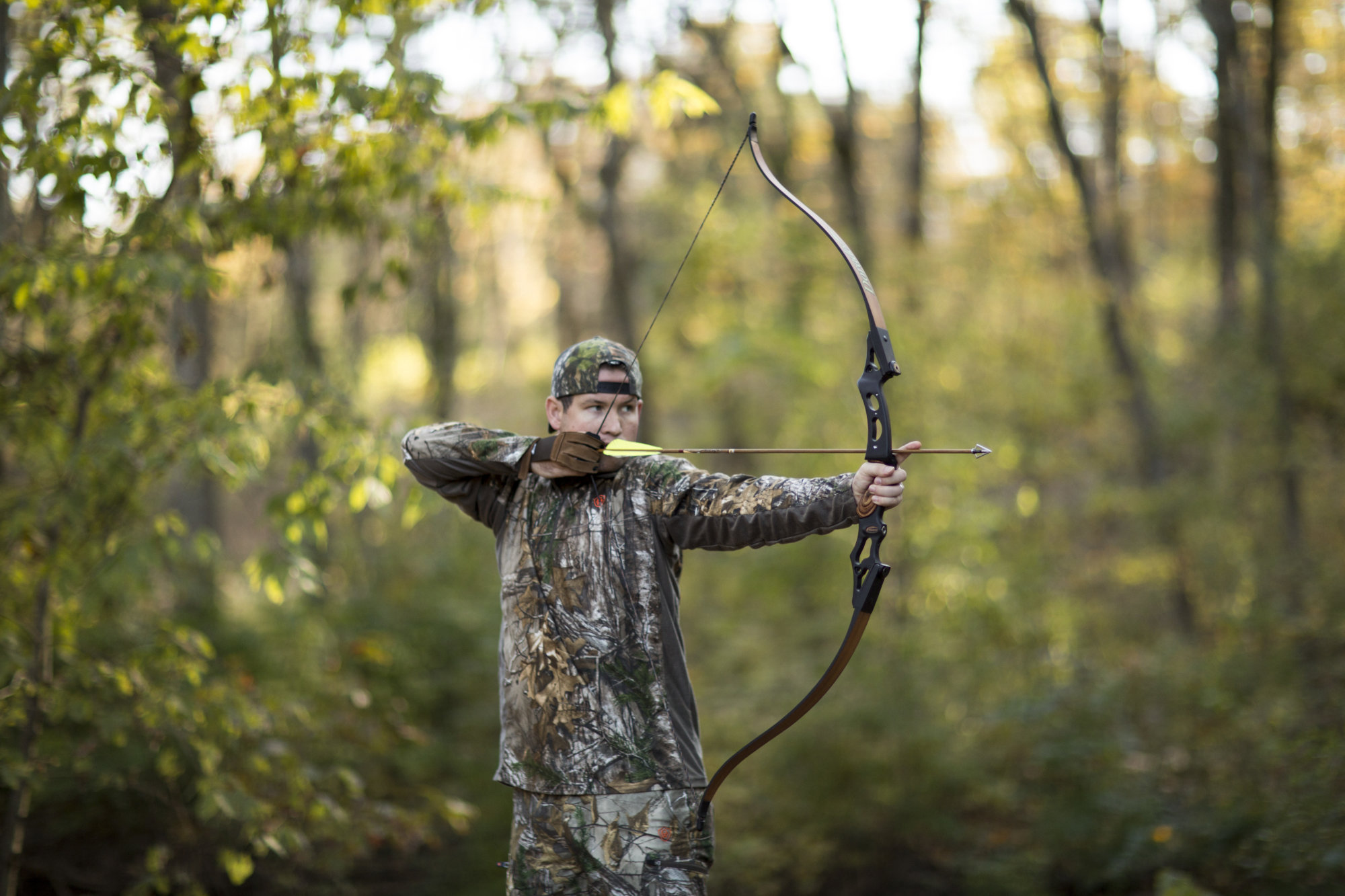 When shot from a well-tuned bow, we guarantee our broadheads will do the job every time. But bows come out of tune, we switch arrows and we may be using the wrong broadhead for our setup. Issues of broadheads not performing like they should can leave us scratching our heads.

Think back to the broadhead you were using last season. Did it hit where you were aiming? Did it do its job? Did it pass through? Did it run into bone and still result in a quick kill? It should’ve and if it didn’t, we need to fix it before this season. Here are some common broadhead issues and how to troubleshoot them:

Our fixed-blade broadheads never leave the factory with out being inspected and spin-tested. They will provide perfect flight from a well-tuned bow and arrow setup. And they are so aerodynamic, they often fly great from a not-so-well-tuned bow. Still, we don’t want to compensate for tuning issues, we want to fix them so we get the most energy and efficiency from our bows.

Start by shooting a target with a field point from 20 yards. Now, pick up a broadhead-tipped arrow and aim in the exact same spot you were aiming with the field tip. Did it hit in the same spot? If it didn’t, it’s time to start tinkering.

Let’s start with checking the nock, fletching and broadhead alignment of your arrow. Some folks say indexing the fletching and blades of a broadhead makes no difference when it comes to accuracy, and some say they see inconsistent flying arrows if they don’t. Our opinion is to just do it. It can’t hurt and if it solves the problem, great. If not, move on to the next solution, which is shooting the right arrow spine.

Be sure you are shooting a stiff enough arrow

Arrow spine is simply a measurement of an arrow’s stiffness – the lower the number the stiffer the arrow. When you release an arrow, the thrust of the string will cause an arrow to bend. If your arrow not stiff enough, it will flex too much, causing air to catch on the blades of the broadhead and inconsistent flight. Try a stiffer arrow and see if that helps your broadhead accuracy.

Let’s say your broadheads hit 3 inches higher and 5 inches left of the field point. Start by moving your rest one hash mark, usually 1/16-inch on most rests, to the right (always make rest movements opposite of where your broadhead arrow is hitting, both horizontally and vertically). Do not move the rest vertically yet. Make one adjustment at a time, because in many cases, one small fix will cure the issue. Shoot the field point and broadhead tipped arrow again and analyze the results. If it is still shooting left, you need to move the rest further to right. If it is now shooting right, you moved it too far. If it is shooting dead center but still high, you need to move it down. If you hit the same spot as the arrow you first shot with the field tip, you are good to go, but it usually takes a few rounds of adjustments to get it right.

Issue 02: My broadhead never passes through

With the right bow setup, proper broadhead and great shot placement, a broadhead should past through the vitals of a deer, even if your draw weight is 40 pounds.

Wasp Archery sells broadheads that cut big holes, like the Jak-Knife with a 2” cutting diameter and the Jak-Hammer with a 1-3/4” cutting diameter. But bigger isn’t always better. That’s why we also sell broadheads with cutting diameters between 1” and 1-1/4”. As the cutting surface of a broadhead increases, penetration ability decreases. In his article “Hunting Arrows,” published in Ye Sylvan Archer in 1943, Fred Bear wrote, “A deer can be killed with most any combination if no heavy bones are struck but what is needed is something that will crash through where the going is tough.” And in a 10-year study called Momentum, Kinetic Energy, and Arrow Penetration (And What They Mean for the Bowhunter) by Dr. Ed Ashby, it’s stated, “Lack of penetration is the number one cause of a hit being non-lethal.”

Know where to aim

Our broadheads are made to crash through bone, but no broadhead will ever compensate for poor decision-making in the field. There are some bowhunting shots you should never take, and where to aim at a deer largely depends on geometry. Trauma to the lungs and heart is the goal for an ethical kill. That never changes. How to get your arrow into and through the vitals as quickly as possible does change, and you need to be prepared for different shot situations you may face.

Study our guides on where to shoot a deer, bear, hog and turkey.

Here’s how a bowshot works: When a bow is drawn back, energy is stored in the limbs. When the string is released, the energy is transferred to the arrow, resulting in velocity and speed. As the arrow moves downrange, the energy is shed.

It’s often assumed that broadhead blades are sharp. Manufacturers claim they shave hair from your arm. However, you’d be surprised how many of our competitor’s blades are at a disadvantage right out of the package. A dull broadhead will not do the job as efficiently as a sharp one no matter what type. In the end, it all comes do pushing razor-sharp blades through the vitals of an animal, or as Fred Bear said, “…something that will crash through where the going is tough.” Below is how Wasp Archery blades faired against its competitors in head-to-head broadhead test done by Petersen’s bow-hunting magazine:

The Razor Edge Sharpness Test (REST) machine was rented from CATRA to measure blade sharpness. The machine measures the force, in Newtons, required to cut through a rubber test medium. The rubber test material is threaded through a roller fixture, which exposes the face of the 3-millimeter material and places it under tension at the blade interface. The roller fixture is motor driven and approaches the stationary, vise-mounted blade. When the blade contacts the test material, the pressure increases until the surface is cut. The peak force required to break the surface is recorded. The less force needed to cut, the sharper the blade. Three blades from each broadhead model (one blade from three different heads) were tested. To give you some reference points, we also tested a utility knife blade, a very sharp Buck knife that easily shaves hair and a fairly sharp SOG knife.

Most of our broadheads come with a two sets of replacement blades. If you shoot our heads, you know how tough the ferrules and tips are, and after shooting an animal, you can usually replace the blades and use it again. So if you want more pass-throughs, buy the sharpest broadhead blades and the market or replace your used blades with new ones.

It’s frustrating when you can hit the target at 30 yards, but struggle to come close at 40 or 50 yards. As long as your bow is in tune, your arrow’s front of center probably needs to adjusted.

Adjust your arrow’s front of center

While F.O.C is less relevant in some bow-hunting situations (short-range shots), it can be critical in others (long-range shots, when shooting low-poundage bows and fixing trajectory issues at the range). It’s generally accepted among archery experts that a high F.O.C. will fly with good stability, but will shed its trajectory quicker and nose-dive. An arrow with low F.O.C. will hold its trajectory better, but can fly erratically. We recommend an arrow setup with 10-15% F.O.C. for hunting setups and optimal accuracy – especially at long distances.

If you are having broadhead trajectory issues, find your F.O.C. and manipulate it by shooting a lighter or heavier grain broadhead.

Do you have any other issues with the broadheads you are using? Let us know and we will help you figure them out.